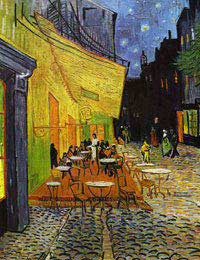 At the moment however it does seem that the art market should remain reasonable buoyant despite fears about the economy (see related article: Art Collecting in a Changing Economy). In short, there are so many people that have been made very rich due to the buoyancy of the economy in the U.K. over the last few years, and so many more due to the opening up of the Russian, Eastern European, Chinese and Indian economies that luxuries such as art are not likely to suffer even if the rest of the economy does.

For this reason it is safe to go on buying art. Exactly what to buy may well be your next question.

What to buy, as always, will depend on your taste. What is available to buy, however, is going to depend largely on changing attitudes and changing economies across the globe.

In all likelihood London will continue to be the centre of the art market, ideally poised, as it is, to exploit a growing sense of internationalism as new economies open up. However, other cities will become major players on the world scene. Watch, for example, cities such as Riga, Budapest, Vienna, Peking, Dubai, Berlin (which is already a major player) and Paris (which has faltered on and off for the last 50 years).

The internet market will become bigger, with forms of computer art being sold online as well as the traditional artworks being ordered via computer dealers.

All of this leads to one main thing - a breakdown of strict national identities, and an acceptance of cultures that have traditionally been excluded from the art market. The launch of ‘BBC Asia’, a radio show geared specifically to an Asian audience pointed a long time ago to the fact Indian influence in the U.K. could no longer be ignored. The next step will be a wholesale appreciation of Indian film and music by non-Indian audiences. If this happens it is inevitable that an appreciation of Chinese culture will follow. Amongst this, a hybrid art mixing European and Asian influences will likely come to the fore. The wise money at this stage may be on artists that already do this. Both westerners and non-westerners with money will be keen to demonstrate their international outlook by owning such works.

2012 sees the Olympics coming to London, and an extension of the Tate Modern being made. It consequently will be a massive year for the arts across the whole of the U.K. Aim to have a selection of artworks ready to sell on, at a premium by this time if possible.

Finally, there may be a development of an art form that runs completely contrary to that which unfolds in the western world and a in newly developing economies as ideologies and states that oppose the West aim to show that they have something to offer to.

Traditional Islamic art and Hindi art may well be seen as a major force and an alternative to the blending of strong Middle Eastern and Indian cultural tendencies with western ones.

Also look out for emergent Russian artist backed by a regime keen to establish Russia as a world power again. Art may just become the site in which ideologies fight it out in a way not seen since the early to mid 20th century. This may influence your art collecting decisions.