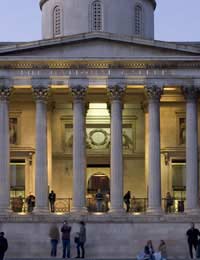 As discussed in related articles the British art market has enjoyed, and is enjoying a boom period that is unlikely to slow for a long time, barring a major economic collapse. From a collectors point of view this is an ideal time to buy in Britain, for the sheer diversity of works available, the huge number of artists operating here and the quality of work displayed in galleries. In fact, Britain has become so culturally focused that we are in a sense blessed to be living in such times: gallery talks, art education classes, art supplements and commentaries in the media and arts literature are all at a high point, with art itself reaching a wider audience that ever before.

As the rise of the British art scene (despite initial guise as the rise of Young ‘British’ Artists) is notable for its international dimension, with the Turner Prize being awarded to artists under the age of 40 who work in Britain, but who are not necessarily British nationals or citizens. For this reason, it is possible to cite Velazquez – who being a Spaniard is not British, and is 346 years deceased, to boot – as a current major contributor to the continued success of the British art scene. The recent Velazquez show at the National Gallery demonstrated the continued desire for London to remain central to the appreciation of the arts in Europe. Whilst this is something definitely preceded by the lightning fast rise to stardom of British artists such as Damien Hirst and Tracey Emin, something which bought investment flooding into the arts, the BritArt scene is these days most notable for its diversity. Of the major figures and contributors there are art world facilitators such as Nicholas Serota, director of the Tate galleries, galleries themselves (such as Tate Modern, the Wallace Collection, the Baltic Arts Centre), collectors and curators, such as Victoria Miro and Jay Joplin, collectors, artists, art colleges and the media.

Put simply, the British art scene is not representative purely of young British artists, but is ultimately an entire industry operating around the appreciation of art (and connected commodities) in its widest sense. If the British art scene continues to boom it will be for its ability to appeal to a wide audience and provide diverse experiences across historical and cultural boundaries. The placement of contemporary art alongside past masters enables the public to interact with it on their own terms as a community of subjects all equally involved in the arts scene.

As the art scene is so huge to name just one or two major contributors would be unjustified. Clearly collectors such as Saatchi and recent Turner prize winners (such as 2006 winner Sara Abts) hold some sway though given the breadth of the art scene, something significant could happen in an East End warehouse, concocted by visiting South American (or Chinese, or African, and so on) artists, could take the art scene by storm, and could be forgotten by the next day! The art scene really is reflective of the fast paced global society we live in, and with internet communication, the pace is ever quickened. Perhaps the main upturn of this will be a situation where there is no central major figure in the art world. This is something already appearing to happen, with the Damien Hirst and Tracey Emin’s of the art world taking a back seat. We now have a new generation of artists who are many in number and somewhat shy of the limelight. The British art scene is continuing to boom, but it is not booming for just the few. In years to come it is liable that this trend will continue, making it easier for collectors to choose from a wider range of artists. The future of the ‘BritArt’ boom will be one where London becomes just one centre in a wide open market, whilst areas such as Manchester, Newcastle, Birmingham and Brighton, Cardiff and Glasgow enjoy similar status.

As a continuing process, therefore, the British Art boom, that grew out of a fairly partisan adoration of some clearly very British art world superstars (who based themselves in London), looks set to grow in scope whilst breaking down boundaries. A collector could do well to identify these changes in the art market as they occur.