Home > What to Collect > Tips from the Galleries 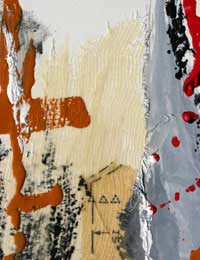 Naturally, galleries are a primary source of information for collectors. However, be cautious, as some galleries are better informed than others, whilst some others will be predominantly out to get your money. The best advice is to develop a relationship with a gallerist you can trust (and one that does not stand to make money out of you) in order to glean the information you require.

We at artcollector.com asked artist and former gallerist Pete (due to his artist status and the fact that he now has a gallerist of his own, he preferred not to be fully identified) for his advice on art collecting, and his forecast for the art world in the coming five years.

Pete had run a well known gallery just off Old Street from the mid nineties and the first decade of the 21st Century on a stretch of road occupied by several galleries. Around 2002 the value of property (and therefore the value of rent) in that area gradually pushed all of the galleries out. Since then one famous gallery and artist duo have gone their separate ways, whilst another gallerist has gone on to become one of the biggest players on the East London art scene. Yet another artist/gallery space has re-established itself in the fashionable Broadway Market area of Hackney.

Pete has left his position as a gallerist to focus on making art, occasionally running exhibition projects in a curatorial capacity.

Advice From a Former London Gallerist

Pete first explained that the gallery system is pretty much uniform throughout the world, with galleries taking on artists after carefully scouting around artists studios, thorugh artists submissions and over the internet for artists that they feel they can sell, in return for a cut of the profits.

Generally an artist takes 30-40% of the price of an artwork at sale, with the curator occasionally taking a cut as well. This profit has to cover the costs of artist’s promotion and the costs of running and maintaining a gallery space. Sometimes ambitious gallerists will hold innovative shows that are not liable to sell, supplementing these with more saleable shows at other times of year.

All of this adds up to one thing: when you buy from a gallery you are paying for the expertise of the gallerist. In some instances this is well worth it – the gallerist often sources the best works, and if you are familiar with the market you will know which galleries to deal with. In other cases, Pete explains, the standard gallery fee is charged regardless of the ability of the gallerist, with the profit going to a shady building landlord. The message here is clear – dealing with a gallerist can be of great use, providing that you are dealing with the right gallery.

Sometimes you are better off buying directly from the artist, but this often holds less guarantees than buying from a gallery. The truth is, Pete concedes, that the gallerist often gives the artist and the patron the best deal, making both of their jobs easier.

The Next Five Years

Pete expects the London art market to stay buoyant, but also argues that the British art scene is likely to get a much smaller ‘slice of the pie’ as other economies emerge. ‘We are living in a false economy’, he continues, believing that as the art world opens up quality may improve. ‘There was a point when people were selling absolute rubbish just on the basis that they were young and producing art in London at a point when everyone was looking to discover the next Damien Hirst.’ The market has changed, but its false stability still hampers competition and genuine innovation. A challenge from Berlin, together with other international cities could be a good thing.

Otherwise, Pete believes that there will be a growth in the affordable art market, and that more galleries will consequently open catering to the mid range market. This will allow more art to be owned by a wider range of people, but may, however, lead to even more conservative patterns of production, aimed to impress a clientele concerned with interior decoration.

In short, the market looks good for sellers and buyers, but not necessarily good for art.