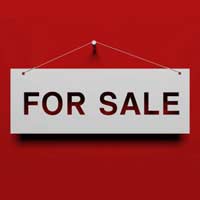 It is widely understood these days that art is something marketed and sold like many other products. Artists themselves have become like brands, with artist megastars such as Damien Hirst and Tracey Emin becoming household names, recognisable to the general public.

Marketing an artwork is an important part of the process of production, display and sales for any artist. Whilst some will bemoan having to ‘deal’ their art like a business person, getting your art in the public eye is essential if you want to survive as a professional artist.

Artists have always had to package and sell themselves in some way. Of course, there are instances where deeply sincere artists shun the limelight, but often their humility is used to promote their mega star status posthumously: Van Gogh is just one example of an artist revered for his humble lifestyle.

Where artists did not consider marketing as of a primary concern it was common that agents took care of their business for them, and many great artists have had a greater business minds running things behind the scenes, Picasso and Francis Bacon arguably among them!

It is only really since the 1960s and ‘70s that artists began to market themselves as if their creative output were an industry. Andy Warhol set about mass producing works from a factory, whilst Dali fell out of favour with many collectors towards the end of his life by saturating the market with his prints, many of which he had barely breathed upon prior to signing them!

Since then strategies have come on even further with Damien Hirst taking full advantage of the multi media age and the way in which high culture has blended in with popular culture. From running restaurants to embalming cows in Formaldehyde, to making and featuring in famous pop videos (for Blur and Fat Les respectively) Hirst’s image and Hirst’s artworks became ubiquitous for a time. He has gone quiet now, but that’s because he is running a multi million pound art Empire and plans a permanent gallery near his Dorset home – a kind of immortalisation of his work.

Art Marketing has changed again in recent years with the proliferation of the internet. In a sense this has democratised art and the era of the megastar artist seems to be coming to a close. For the budding artist this offers great opportunities with social networking sites, art blogging sites and personal websites all offering the opportunity for an audience to be found.

One problem with marketing of this sort is, however, that it consigns one to web space: to really make an impact you need to get out there amongst the people who matter. The most successful artists use a mixture of web networking, real social networking (i.e. meeting people!) and the distribution of printed material (artists catalogues, pamphlets, flyers, and so on). This multiple attack is valuable, especially if sustained over time.

After all of this one has to remember the business of actually showing your work, and if the marketing campaign has been successful this will be all the more worthwhile.