Home > Understanding Art > What is Modernism in The Art World? 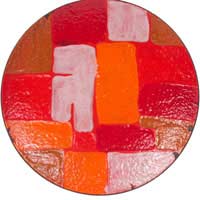 Modernism as a term refers both to a specific period in history and to particular impulse. As a period in history, modernism is largely agreed to have started at some point in the 18th Century around about the time of the French Revolution. It is a period characterised by revolution, industrialisation, a decrease in religious belief (in the West), the peak and decline of Empire, and the polarisation between political ideals (namely: Fascism and Communism; Democracy and Totalitarianism; Capitalism and Socialism). In all of these instances it is a period defined chiefly by a deep held belief in the idea of progress towards some kind of better world. This belief in Utopia led to huge advances and sacrifices being made, in order to distance humanity from a cruel and barbaric past, and lead them forward to a state of harmony and plenitude. Unfortunately however, the many varied attempts at reaching utopia in fact accorded, generally, in precisely the kind of barbarity they claimed to distance themselves from, and on a scale previously unseen. Examples of this include; the Holocaust, Hiroshima and Nagasaki, Stalinist Purges, the Chinese Cultural Revolution – with perpetrators coming from all sides of the political debate.

As well as being characterised by barbarity, Modernism is characterised by a never ending pursuit of the ‘new’ over the ‘old’ – this impulse is one that arguably does not belong to any one period of history, but one that is particularly prevalent in the Modernist period. This coincides directly with the modernist striving toward Utopia. As, logically, anyone striving towards Utopia cannot already be there, wherever they already are (in the imperfect world they live in) must be eradicated in favour of something better and closer to that Utopia. This is a position that was often used to justify barbarism, but is also a position that undeniably led to progress. The pursuit of the ever-new has led to advances in medicine, education, sanitisation and technology that have made many people in the West, at least, in a state of better health wellbeing than they previously were.

Modernism and the Arts

Modernism in the arts also strove towards perfection during the Modernist period. This occurred in two principle forms. In one direction art aimed to become more socially useful and less detached from mainstream culture. This led to the Duchampian notion that ‘Anything is art,’ and the Beuysian notion that ‘We are all artists.’ In practicality this expresses itself in the multitude of artworks that are either derived from mundane objects (as with Duchamp's work), or are modelled after mundane objects (such as Andy Warhol's Brillo pad boxes, made to look exactly like Brillo Pad boxes!).

On the other hand, existing art forms, such as painting and sculpture made concerted efforts to further concentrate on the elements of form that were specific to them. In the case of these forms of art this was really a matter of necessity. In the era of the photograph and of industrial manufacture involving plastics neither the painting nor the sculpture was necessary. Both the painter and sculptor could only thrive if they could distinguish themselves from mechanical processes of reproduction. In the case of painting, for example, elements of flatness, colour and a certain ‘randomness’ were emphasised, thus resulting in the Abstract Expressionist movement, characterised by painters such as Jackson Pollock who was, in fact a close associate of the Theorist that championed art striving towards perfection – Clement Greenberg.

This striving for both political and artistic perfection reflected the drive for Utopia in wider society in that it favoured the ever new and held the old in contempt. Problematically, this meant that no sooner was something new, that it soon became old, thus necessitating ever faster artistic developments. This led to a certain amount of obscurantism in the arts as movements replaced movements and isms overshadowed isms before they really had a chance to flourish: Impressionism, Fauvism, Expressionism, Cubism, Dadaism, Suprematism, Constructivism, Futurism, Surrealism, Social Realism, Abstract Expressionism, Fluxus, Pop Art, Op-Art, Minimalism, Neo- Expressionism – to name but a few examples.

The Breakdown of Modernism

Both in the arts and in wider society, modernism wavered under its own pressure – its claim to Utopia proving too much of a challenge and its revolutionary movements often descending into farce. The biggest stand off of the Modernist era, between Soviet Russia and the Capitalist West (both of whom felt that they could best deliver Utopia) came to an end in 1990, with the collapse of the Soviet Regime. This, depending on your stance, has led to a position where either the Capitalist West won the day and continue to bring us closer to living in a harmonious world, or (if you have your head more firmly screwed on) we have merely come to a point where we are less accepting of the idea of an absolute ‘right’ form of governance that help us to deliver Utopia.

In the arts this is reflected as the realisation that there is no absolutely right way of making art and no artistic ‘perfection’ as such to strive after. Consequently, painting, mechanical and computerised forms of art live alongside one another.

In relation to the idea that anything can be art, Modernism can also be seen to have run its course. This idea was to an extent accepted by the public and as such the term ‘art’ has become meaningless. Therefore, in order to stake back what is considered intrinsic to art it has been necessary to give the public more of what they want. Television presentations of art have been dumbed down whilst large art galleries are renovating continually to provide ever more gift shops and coffee houses. Art has become in thrall to the capitalist machine that it often considered to be its apotheosis.

What Post-Modernism Means in The Art World