Home > Starting a Collection > Why Start an Art Collection?

Why Start an Art Collection? 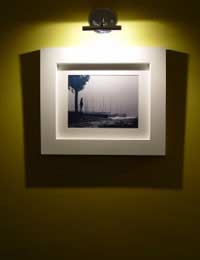 As discussed in other articles there are two primary reasons to start an art collection: enjoyment, in a way that is specific to the experience of viewing art, and investment. Of these two the first is more important initially as the collecting for investment is difficult if you don’t already have good insider knowledge, foresight and a lot of money.

Additional to these two primary reasons there are a number of further reasons, all of which constitute an ‘investment’ of sorts:

Philanthropy is also a sound enough reason for collecting art, but in reality a philanthropic gesture could just as well be made by donating anonymously to a charitable fund. The grandiose nature of displaying art for public enjoyment does imply a certain amount of self interest that, arguably, will alienate you from artists themselves, who, arguably, operate around some form of inverse snobbery! In this sense, collecting to make the world a better place, at any level, can almost certainly backfire, the reality being that people will mistrust your motives. Good art, as a rule, does make the world a better place and if you have a lot of it, it follows that you would like to put it on public display. The primary motivator, however, if you are to be a credible collector, is an interest in the art that you buy.

Being a collector puts one in a peculiar position. It is in fact a unique situation, in that you actively seek to own that which cannot be owned – ‘art’. All the while, you may own specific artworks, which merely attest to your inability to master ‘art’ as an ideal in itself. A full recognition of this is central to getting the most out of collecting. Whilst being vigilant against collecting for the wrong reasons is also essential.

To use an analogy that risks over sentimentality: think of yourself as a butterfly collector, but one that instead of catching rare butterflies in a net, killing them and pinning them to a piece of board, is content merely to be in the presence of the butterfly – that butterfly is your art collection…

Building a Collection with Nothing