Home > What to Collect > Objects of Curiosity 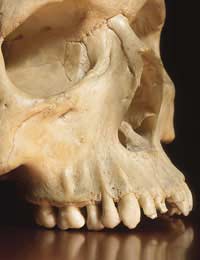 Objects of curiosity or ‘curiosities’, can be almost anything unusual or fascinating. The collection of such objects may be undertaken for a number of reasons, most commonly home decoration. The accumulation of ‘kitsch’ objects arranged in a sometimes haphazard manner can be used in this way to convey a sense of eccentricity or unbalance to a home. Similarly, one or two unusual objects may be used to compliment an art collection, or merely to brighten a room.

Objects of curiosity may be found anywhere. Good places to start are car boot sales, scrap merchants, second hand shops, bookshops, beaches, woodlands, skips, the internet, and so on. Among some goods places to get ideas are museums, restaurants, pubs, theme bars, hotels, galleries, taxidermists and boutique shops.

The History of Curiosities

The collection and display of curiosities can be traced back to the 17th Century. Spurred on by the spread of empire, Europeans began to collect strange objects, minerals and creatures from around the world. Taxidermy played a major part in the collection of curiosities, and the desire for evermore wonderful creatures led often to hoaxes – where the body of one animal would be fused on to the head of another, for example.

The enthusiasm for curiosities has never really abated since, although few people maintain a large collection of curiosities (and there are less and less objects capable of mystifying us in the same way these days, as we are exposed daily to the unusual and the macabre via the media).

Two museums where the British taste for curiosities can be clearly seen are The British Museum and The Sir John Soane’s Museum, both in London. Opposite the John Soane’s museum (Lincoln’s Inn Fields) stands the Royal College of Surgeons of England galleries featuring, amongst other things, human skulls, a giant’s skeleton and bizarre medical instruments. All three galleries are within walking distance of each other and are free to enter.

There really are no rules to collecting curiosities and no steadfast rules for the market either. It is a very easy area to collect in, with (often) very little or no outlay. It is also an easy area to make money in. What passes for junk in one shop, may easily be sold on a stall elsewhere for a greatly inflated price. Generally, if you buy outside cities in quieter villages and towns, and sell in cities you can stand to make a profit. Of course, whilst making a 100% or even 500% profit is desirable, the best profit is infinitesimal. Try selling a ‘found’ object (that is easy to source and costs absolutely nothing) for a few pounds. This is something conceivable in the market for curiosities that would be very rare in any other ‘arts’ market, especially considering the amount that people chuck away yearly.

The curiosity market is not subject to whims or trends as such, and for this reason you should always buy as low as you can. If you are looking for something specific simply wait until you see it at a very low price. This can be helped by not buying what you are looking for from a specialist shop. For example if you are after a 19th Century French Napoleonic Fusiliers bayonet (?!) don’t try and buy one in a shop dedicated to selling French military memorabilia – eventually one will turn up on the internet or in a junk shop.