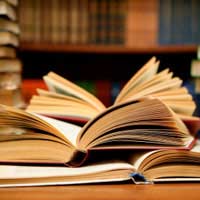 Successfully collecting art – that is to say both enjoying your collection, whilst standing a chance of making a good investment – involves having a comfortable grasp of both art history and art theory. ‘Art History’ as an academic discipline attempts to categorise art chronologically, drawing comparisons between artistic movements and historical events that parallel them. Like ‘History’ in general, Art History tends to conceive of a progression running through art, as if the development of art were a line running from ‘A’ to ‘B’, ‘A’ being the beginnings of art and ‘B’ being a point of artistic perfection yet to be achieved. This viewpoint, however, is becoming increasingly unpopular (see related article: Post-Modernism), as contemporary artists tend to borrow ideas, methods and forms from artists throughout history.

As the majority of Art Theoretical and Art Historical musing is committed to paper (it is, apart from the occasional television programme a written form) the best way to learn about them, aside from visiting a gallery is to approach the literature first hand.

Art History and Art Theory are steadily growing fields of interest and, as such, books on these subjects are readily available in high-street bookshops, though you may wish to try the internet for more obscure titles.

It is not necessary to read all of these books, or even the whole of any single one of them, but to have them to hand is a good thing if you are to develop a serious interest in the arts. The following reading list is ranked by their direct relevance to the arts and their accessibility to the reader:

UK Art Galleries
Share Your Story, Join the Discussion or Seek Advice..
I couldn't understand the concept of modern art so I started reading more and more about it, about modern techniques and compared with old classical art. I've come to the conclusion that a lot of really modern/abstract art simply isn't as good from a talent point of view. It seems to be all the interpretation. Surely that's more about psychology then.
ArtNovice - 21-May-12 @ 7:11 PM
Title:
(never shown)
Firstname:
(never shown)
Surname:
(never shown)
Email:
(never shown)
Nickname:
(shown)
Comment:
Validate: